The 2020 Virginia General Assembly enacted significant changes to Virginia’s most widely used exemption statutes in Title 34. In 2020 Virginia House Bill 790, which becomes effective on July 1, 2020, the legislature expanded both the amount of and procedure for claiming what is commonly referred to as the “Homestead Exemption” by simplifying the procedure for debtors claiming those exemptions in a pending bankruptcy case.

Currently the Homestead Exemption under section 34-4 of the Code of Virginia permits an individual (a “householder”) to exempt from creditor process real and personal property up to $5,000 in value (or $10,000 in value if the householder is 65 years of age or older), plus an additional exemption of $500.00 for each dependent (a dependent is an individual who derives support from the householder and does not have assets sufficient to support himself). Under the amended section 34-4, an individual may also exempt from creditor process “real and personal property used as the principal residence of the householder or the householder’s dependents in an amount not exceeding $25,000.00 in value.” As an example, a person who is 65 years old and has two dependents, could exempt equity in their home in a total of $36,000.00 by using the former existing exemption and the new “principal residence exemption.”

The procedure for claiming the exemptions under section 34-4, section 34.1 and section 34-13 (dealing with personal property not used as the principal residence) in bankruptcy proceedings will be simplified under the new law. House Bill 790 also amends sections 34-6 to provide that in a case filed under Title 11 of the United States Code (the Bankruptcy Code), the debtors’ claim of exemptions listed on an Official Form Schedule C (entitled “Schedule of Property Claimed as Exempt that is filed in the United States Bankruptcy Court”) will be sufficient to claim the exemptions under Virginia Code sections 34-4, 34-4.1 and 34-13. This change eliminates the requirement of section 34-6 that a debtor in bankruptcy file a “Homestead Deed” in the city or county where the debtor resides or the real property is located. Under the current law, the Homestead Deed must be filed within five days of the conclusion of the meeting of creditors in a bankruptcy case. Note that outside of the context of a bankruptcy case, this procedural change does not modify the need to record a Homestead Deed to claim an exemption under sections 34-4 and 34-13..

Prior to July 1, 2020, any portion of the Homestead Exemption claimed was forever exhausted. However, House Bill 790 also amends section 34-21 to provide that any exemption under sections 34-4, 34-4.1 or 34-13 shall be counted against the maximum individual exemption limit only for a period of eight years from the date of such claim of exemption. To the extent used or exhausted, after the passage of eight years from the date of the claim of an exemption, the householder is able to use any portion of that claimed Homestead Exemption again. This change is consistent with the Bankruptcy Code’s time limits on an individual’s ability to obtain a discharge after receiving a discharge in a prior case.

The effect of these changes are not yet known. However, the larger Homestead exemption amount (coupled with the ability to use the exemption again after eight years), will decrease funds available to pay creditor claims in Chapter 7 cases. Fewer Chapter 7 bankruptcy cases will include distributions to creditors. It is reasonable to expect that individual cases filed under Chapter 7 of the Bankruptcy Code will increase, with a concomitant decrease in cases filed under Chapter 13 of the Bankruptcy Code and that the number of Chapter 7 cases in which distributions are made to creditors and the amounts distributed in Chapter 13 cases will each decrease. Financial institutions that extend unsecured credit will probably respond with more rigorous lending requirements. As a result, it will become more difficult for lower income individuals to obtain unsecured credit. 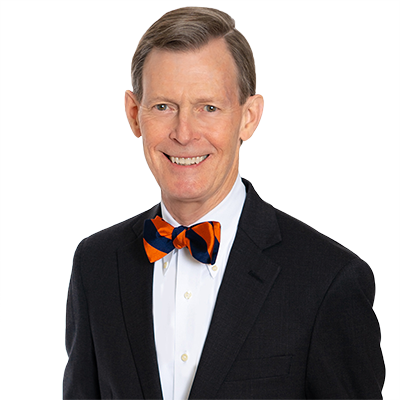 Bill Callahan joined Gentry Locke’s Business Litigation group in 2019 to further his distinguished, 25-year career in business law and litigation. Bill assists businesses, financial institutions, and investment firms with insolvency matters. Bill represents financial institutions outside of bankruptcy proceedings in a wide variety of matters, including foreclosures, collection proceedings, and the development of non-judicial liquidation strategies. He is a regular lecturer at continuing legal education seminars.