Virginia follows the American Rule regarding attorney’s fees, which provides that parties must typically pay their own fees and costs in litigation; a prevailing litigant cannot collect its fees from the losing litigant. However, there are some exceptions. For example, a governing statute might include a fee-shifting section. Or, the litigants’ contract might include a similar clause.

There is also a judicially-crafted exception that can apply in fraud cases. The exception has its roots in the case of Prospect Development Company v. Bershader, a 1999 decision by the Supreme Court of Virginia. There, the Court largely affirmed the trial court’s decision to award attorney’s fees in a case involving a claim of fraud, despite the fact that there was no fee-shifting statute or contract implicated in the case.

However, the circumstances of the case were unique. The plaintiffs were homebuyers who incurred six figures in legal fees pursuing legal and equitable claims—which included fraud—against a developer related to the purchase and sale of a lot. While the plaintiffs prevailed in proving that the developer committed egregious fraud, the damages that they ultimately obtained in the trial court amounted to only roughly one-fifth of what they spent in attorney’s fees, and the Supreme Court subsequently reversed that damages award. As a result, both courts found that an award of attorney’s fees to the plaintiffs was appropriate because the plaintiffs’ victory would have been truly pyrrhic absent such relief.

In the wake of Bershader, the courts struggled to discern the scope of the exception that it created. Some courts took a broad view of the case, holding that it authorized a plaintiff to seek recovery of attorney’s fees in any fraud suit. Other courts cabined the Bershader exception as applicable only to fraud claims in which equitable relief is sought. These courts based their reasoning on the equitable underpinnings of the trial court’s rulings. Accordingly, they took the view that a plaintiff in a fraud suit who sought only damages was not entitled to assert a claim for attorney’s fees.

Still other courts limited the Bershader exception to its particular circumstances. That is, they allowed claims for fees where (i) the fraudulent conduct was found to be egregious, and (ii) the expense of litigating the case—when compared to the recovery obtained—would render the plaintiff’s recovery hollow. Some decisions took this concept a step further by denying claims for attorney’s fees in cases where the plaintiff sought compensatory damages for the fraud. These courts reasoned that concerns of empty relief are absent in such contexts because compensatory damages make the plaintiff whole for the harm suffered.

In February 2021, the Supreme Court synthesized many of these decisions and brought some clarity to the issue in St. John v. Thompson. Not unlike Bershader, the facts of the case were (horribly) unique. The plaintiff was an individual of limited mental and physical capacity, and the defendant had deceived and manipulated the plaintiff, capitalizing on his limitations for financial gain. The plaintiff sought equitable relief for fraud and other claims, as well as attorney’s fees. The trial court awarded both, relying on Bershader for the latter fee award.

On appeal, the Supreme Court explained that the Bershader exception was, in fact, limited to exceptional instances in which the trial court awarded equitable relief. It did not explain, however, whether fees could be awarded in cases where a plaintiff sought both equitable relief and damages in a fraud claim. Accordingly, it appears that fee claims are still potentially viable in that context.

The Court further explained that an award of fees does not depend on a showing of egregious fraud, but the circumstances of the fraudulent acts and the nature of the relief awarded must “compel” the award of fees. Thus, it seems that proof of an egregious fraud and the threat of a “hollow” victory are still relevant factors to the trial court’s decision, although neither is dispositive.

So, what’s the takeaway? In all events, the Bershader is a very narrow exception to the general rule against fee-shifting in fraud suits. Plaintiffs: to preserve viable claim for fees, at least some form of equitable relief must be sought in the complaint. And, prevailing on a fee claim will likely only occur in exceptional cases involving a mix of extreme facts and relatively expensive litigation when compared to the relief awarded. Defendants: watch out for attorney’s fees claims in fraud suits that seek damages relief, and look for opportunities to strike fee claims as insufficient under the limiting principles stated in Bershader and St. John. 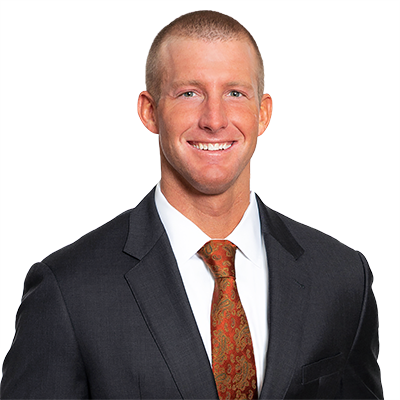