On January 5, 2023, the Federal Trade Commission (“FTC”) created a stir when it released a 218-page Notice of Proposed Rulemaking and a Proposed Rule that if implemented will prohibit the use of post-employment, noncompete provisions.  The Proposed Rule extends to all workers, whether paid or not, and would require employers to rescind existing noncompete agreements within 180 days of publication of the Final Rule.[1]  The FTC estimates that approximately 30 million workers are bound by a post-employment noncompete provision.

Much has been said about the Proposed Rule, but these are several initial observations in advance of a webinar Gentry Locke will host in February 2023 to discuss in more detail these and other related issues:

The Proposed Rule includes two examples of a de facto noncompete clause that will be prohibited: (i) an overbroad non-disclosure/confidentiality agreement that prevents the worker from working in the same field after separation, and (ii) a provision that requires a worker to repay training costs if termination occurs before expiration of a fixed period, and required payment is deemed to unreasonable related to the costs for the training.   Since some form of the FTC’s Proposed Rule will be adopted, even if it’s later invalidated, it makes sense to prepare now, especially since you may already have a Virginia statutory obligation to meet.[12]

This aspect of the Proposed Rule is particularly problematic and would be a marked departure from long-standing legal precedent.  In many, if not all, mergers and acquisitions one of key provisions to making the deal happen is to ensure that former executives of the acquired business as well as prior owners do not compete against the business post-closing.   Absent the ability to prevent competition from key members of management post-closing, the value of transaction is likely to be greatly diminished, assuming there is a deal at all.   Likewise, it is common in many privately held businesses that a number of people, e.g., key executives, directors, etc., to have stock ownership in a company that falls well below the 25% threshold.   In Virginia, noncompete provisions that are tied to the sale of a business are generally enforceable and are viewed much more liberally than employee restrictions.[17]  This part of the Proposed Rule is particularly troublesome and warrants comments to be sent to FTC from businesses and business associations.

The Proposed Rule is an important word of caution to all companies to review their non-disclosure and confidentiality agreements (templates) and policies to make sure they actually protect the company’s trade secrets and other information that is critical to the business’ operations.  There are a number of issues to be evaluated:

For more information, please feel free to contact any member of our Labor & Employment team, and plan to sign up for the webinar we are planning in February 2023.

[1]  Some industries and companies are exempt from FTC jurisdiction, i.e., certain banks, savings and loan institutions, federal credit unions, common carriers, air carriers, and persons subject to the Packers and Stockyard Act of 1921, and those entities that are not “organized to carry on business for its own profit or that of its members.” 15 U.S.C. §44.  Additionally, certain private entities covered by the state action doctrine may claim to be exempt. Goldfarb v. Va. State Bar, 421 U.S. 773791-92 (1975)
[2]  https://www.uschamber.com/finance/antitrust/the-ftcs-noncompete-rulemaking-is-blatantly-unlawful
[3]  Unlike the FTC’s Proposed Rule, Virginia law does not invalidate noncompete agreements entered into before July 1, 2020.
[4]   The Virginia statue, like the FTC’s Proposed Rule, allows employers to continue to use a non-solicitation provision that is designed to prevent a former employee actively soliciting customer in an effort to disrupt or divert existing business.  There have been no reported cases involving this part of the Va. statute as most existing litigation over traditional nonsolicitation agreements also prohibit a former employee from providing services to the customer (regardless of who initiates contact/solicitation) were entered into prior to July 1, 2020.
[5]  The Virginia statute provides an exclusion for a low-wage employee whose earnings are “wholly or predominately derived” from sales commissions or bonuses, but this would apply under the FTC’s Proposed Rule and the federal rule would supersede this provision of state law.
[6]  The statute, however, does apply to interns, students and trainees, regardless of whether they are being paid, and also extends to an individual who is treated as an independent contractor, if that person is compensated at an hourly rate that is less than the median hourly wage for the Commonwealth for all occupations as published annually by the U.S. Department of Labor.
[7]  For 2022, the “low-wage” amount was $1,290/week or $67,080 a year with a separate threshold for independent contractors.  The 2023 figure has not yet been released by the Va. Dept of Labor and Industry (VDOLI). A copy of the summary notice with the 2022 wages provided by VDOLI is attached.  Employers are encouraged to update this posting annually, so the notice has the most current “low-wage” calculation.
[8]  Keep in mind that severance agreements negotiated at the time of termination that contain post-employment noncompete clause will be covered by this definition, unless a change is made.  However, the FTC has indicated that the Proposed Rule would not apply to concurrent employment restraints, i.e., restrictions on what the worker may do while employed.
[9]  FTC NPRM, Non-Compete Rule, Subchapter J, 16 CFR § 910.1, Definitions, pp.211-12 (Jan. 5, 2023) (“FTC NPRM”)
[10]  The term “worker” is broadly defined to be anyone who works for an employer, regardless of whether s/he is paid or not and includes those classified as independent contractors and sole proprietors who provides services to a client or customer.
[11]  For example, the FTC notes that state courts generally treat restrictions that require an employee to pay damages if they compete as the functional equivalent to a prohibition.  FTC NPRM, p. 107.
[12]  It is not just Virginia that has passed laws restricting the use of or prohibiting noncompete provision.  In the past decade, 28 states plus the District of Columbia have changed their noncompete laws and enforcing a noncompete has become increasing difficult.
[13]  Since no “worker” is involved, the Proposed Rule does not apply. However, the FTC also made it clear that the use of such agreements, including anti-poaching agreements, will continue to be subject to federal anti-trust law and all other applicable law. FTC NPRM, pp.107, 128-131.
[14]  FTC NPRM, §910.3, p. 215.
[15]  The FTC made it clear that the Proposed Rule is a categorical ban on all noncompete clauses with any worker but has invited comment on whether there should be a carve out for “high wage” earners or “senior executives.” FTC NPRM, pp. 150-152.
[16]  FTC NPRM, §910.1(e), p, 212,
[17]  Enforcement of Restrictive Covenants in Business Sale (Aug. 20, 2015) https://www.gentrylocke.com/article/enforcement-of-restrictive-covenants-in-business-sales/
[18]  The FTC noted that non-disclosure agreements (NDA) can contain post-employment restrictions can be enforceable unless they are overbroad and found to be a de facto noncompete provision. FTC NPRM, p. 10-11
[19]  There are two (2) other states, like California have banned the use of employment noncompete provisions for close to 100 years, North Dakota and Oklahoma.
[20]  The FTC noted that in 2021 alone, 1,382 trade secret lawsuits were filed in federal court. This federal law is the Defend Trade Secrets Act of 2016, 18 USC §§1836, et seq.  The criminal statute often used to prosecute the misappropriation of trade secrets where a foreign entity is involved is the Economic Espionage Act of 1996.  18 USC §§1831 – 1832.
[21]  Garden leave is a transition period for employees who have been given notice of termination which keeps them on the payroll, but away from the workplace.  During such leave the employee is prohibited from working for the competition or for themselves.  Garden leave can be an effective, but it also carries with it legal risks which will need to be reviewed with the company’s attorney.

David Paxton advises and represents businesses, business owners, and executives in the areas of labor & employment law, complex litigation and whistleblower claims. He chairs the firm’s labor and employment practice, is a frequent guest speaker at national and regional employment law seminars, and has been included in Best Lawyers in America for Labor & Employment for the past sixteen years. 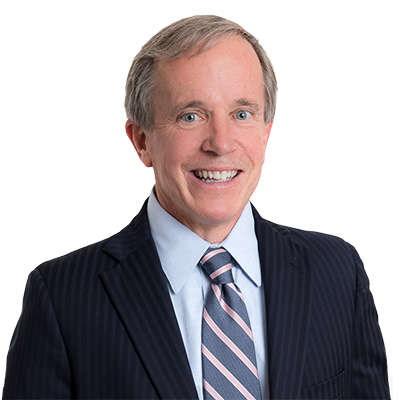