In one of the more significant Virginia administrative law decisions in recent years, the Supreme Court of Virginia held that the “harmless error” standard does not apply to most issues in administrative appeals, restricting the standard only to procedural defects.  The decision in Chesapeake Hospital Auth., d/b/a Chesapeake Regional Medical Center v. State Health Commissioner, et al., Record No. 201510 (Va. May 19, 2022) sweeps broadly, impacting judicial review of all agency decisions subject to the Virginia Administrative Process Act (“VAPA”).  The result is likely more delay, more uncertainty, and more litigation in regulatory matters, increasing regulatory risk for clients—particularly for those seeking regulatory approvals for controversial projects.  The case also parallels developments at the federal level signaling more rigorous scrutiny of agency interpretations of regulations.

CRMC, pursuant to the VAPA, sought judicial review, arguing the State Health Commissioner had committed legal error in interpreting a relevant regulation in the State Medical Facilities Plan.  The circuit court affirmed the COPN denial.  While agreeing that the State Health Commissioner erred in interpreting a provision in the State Medical Facilities Plan, the court found the error harmless given that other, independent factors supported the determination.  The Virginia Court of Appeals affirmed on the same “harmless error” grounds.

Decision:  The Virginia Supreme Court reversed and remanded the case to the Virginia Department of Health.  The primary issue on appeal was whether the “harmless error” standard could save the State Health Commissioner’s denial of CRMC’s COPN application.

Undertaking a familiar, textualist interpretation of the VAPA, the Court found that the “harmless error” standard could only be used to save agency error regarding procedural issues.  The VAPA defines the “issues of law” subject to judicial review in Va. Code § 2.2-4027, listing four, specifically:

Va. Code § 2.2-4027 (emphasis added, form adjusted for clarity).  Since this specific provision mentions “harmless error” only with respect to failures to follow required procedure, the Court reasoned that the General Assembly had limited the “harmless error” standard to those procedural issues of law.  And, since the State Health Commissioner had committed a substantive legal error in applying the statutory COPN factors, the Court determined that remand was required under the VAPA, whether the error was harmless or not.  Chesapeake Hospital Auth., at 12-14.

Justice McCullough, concurring in the decision, wrote separately to emphasize the “anomalous nature of this situation,” in which harmless error is the rule in most every situation but administrative law appeals.  Id. at 14.  He observed this makes Virginia an outlier amongst other states and the federal government, tends to require inefficient litigation, and should perhaps be revisited by the General Assembly.  Id. 14-16.

First, and most directly, any substantive error at the agency level will likely entitle the challenging party to a remand.  And this does not apply only to errors interpreting the law.  The decision also means no “harmless error” standard for fact-finding without substantial evidence, which is also considered non-procedural legal error subject to judicial review.

The procedural posture of the Chesapeake Hospital Authority case, alone, indicates this is a meaningful change to how courts consider appeals of agency decisions.  There, both the circuit court and Court of Appeals had applied the “harmless error” standard, but they no longer may do so for substantive errors.  Particularly for case decisions involving complex regulations or contested facts (or both), this change will provide parties multiple avenues for attacking agency decisions, without the need for the challenging party to show that any particular substantive error was material to the outcome.

But in Chesapeake Hospital Auth., the Court found the agency erred in interpreting its own regulations under their plain meaning.  This analysis used familiar tools of statutory interpretation; and since there was no ambiguity, no deference was required.  Id. at 8-10.  This reasoning aligns with the U.S. Supreme Court’s decision in Kisor v. Wilkie, 139 S.Ct. 2400 (2019), which cautioned that ambiguous regulations (and thus deference) should not be found without resort to the same rigorous interpretive tools courts use to interpret statutes.  So while the Chesapeake Hospital Auth. decision does not make an explicit change in Virginia law regarding deference to agencies’ interpretations of their own regulations, it signals a less deferential, Kisor-like approach.  Compare Chesapeake Hospital Auth., at 8-10 (finding error based on plain meaning of regulation) with Frederick County Business Park, LLC v. Virginia Dept. of Environmental Quality, 677 S.E.2d 42, 44-45 (Va. 2009) (applying arbitrary and capricious standard to D.E.Q.’s interpretation of solid waste management regulations).

Third, this decision, insofar as it makes remands more likely going forward, accentuates an underlying dynamic in contentious regulatory matters.  When a court reviews an agency decision and finds error, it can only remand the decision back to the agency.  The remedy works as a negative check, so it tends to favor the status quo.

For instance, here, CRMC won at the Virginia Supreme Court.  But that does not mean CRMC gets to proceed with its desired project; it still must win approval from the State Health Commissioner.  Meanwhile, the status quo is maintained.  Suppose, instead, that the State Health Commissioner had approved CRMC’s COPN application, but committed a similar legal error.  Had opponents sought judicial review, they would have won a remand.  That result would also maintain the status quo.  To ultimately prevail, CRMC needs to thread the regulatory/judicial review needle.  CRMC’s opponents, on the other hand, can maintain the status quo by winning either at the agency or through judicial review.

It remains true that judicial review of agency action is highly deferential to the agency.  But the regulatory risk posed by judicial review is not shared equally by participants in the regulatory process.  With Virginia law now clarified that the “harmless error” standard cannot save agency action (other than for procedural defects), this dynamic favoring the status quo has become only more pronounced.  Accordingly, the Chesapeake Hospital Auth. case emphasizes the need to pay close attention to potential legal errors at the agency level, keeping judicial review in mind from the outset of administrative proceedings. 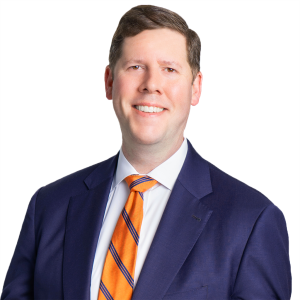