What’s Been Brewing in the Virginia General Assembly? A Taste of New Alcohol Laws in the Commonwealth

In case you haven’t heard, Virginia is for lovers — of craft beer, spirits and wine!

In recent years, many craft breweries, wineries, and distilleries have chosen to call Virginia home. To facilitate the growth and expansion of this industry in Virginia, during its 2017 session, the Virginia General Assembly brewed up a number of bills governing the sale and marketing of alcoholic beverages in the Commonwealth. Let’s take a moment to distill some of the new Virginia laws that will go into effect on July 1, 2017.

To support the burgeoning craft spirits industry, the General Assembly passed House Bill 2029, which permits distillers to sell bottles of their spirits to consumers at events conducted for the purpose of educating the consuming public about spirits made here in the Commonwealth. Previously, craft distillers were required to direct members of the consuming public interested in purchasing bottles of their spirits to ABC stands or stores. Under this new law, distillers will be able to sell bottles to consumers directly at events such as the Virginia Craft Spirits Showcase, which is scheduled to be held at the Roanoke City Market Building on September 16, 2017.

Similarly, to support Virginia craft brewers and wineries in their efforts to educate the consuming public about their products, the General Assembly passed House Bill 2418, which increases the number of special event banquet licenses that a brewery or winery can obtain in a given year from four to eight. Further, House Bill 1694 allows nonprofit organizations that obtain banquet licenses to sell bottles of wine for off-premises consumption at annual fundraising events.

Ordering bottles of Virginia wine and craft beer will be easier than ever before, as of July 1, 2017, when House Bill 1801 goes into effect. Just order online and pull up at the store. You won’t even have to get out of your car. To facilitate the rapidly growing market for online grocery orders, this law authorizes licensed wine and beer retailers to fill online orders by delivering bottles of wine and beer in closed containers to a customer’s car for off-premises consumption.

Also as of July 1, 2017, the consuming public will be able to enjoy a glass of Virginia wine or a pint of Virginia craft beer while watching a film at Virginia’s many historic movie theaters. House Bill 1743 permits “historic cinema houses” built before 1970 to acquire licenses to sell wine and beer for on-premises consumption. As many as one hundred movie theaters located throughout the Commonwealth could qualify as “historic cinema houses.” So, be sure to check the menu at the concession stand when you find yourself taking in a matinée on a hot summer afternoon.

Further, House Bill 1987 creates a new license for a “commercial life center” to allow consumers to enjoy beverages outside while perusing restaurants, bars, and entertainment areas. To qualify as a “commercial life center,” a property must contain at least 25 acres of land and at least 100,000 square feet of retail space featuring national specialty chain stores and a combination of dining, entertainment, office, residential, or hotel establishments located in a physically integrated outdoor setting that is pedestrian-friendly and that is governed by a commercial owners’ association.

Regulation of Wine, Spirits and Bartenders

The General Assembly also passed a several bills focused on the regulation of wine, spirits, and bartenders in Virginia. For example, House Bill 2433 clarifies that cider should be treated as “wine” for alcoholic beverage control purposes. Also, to bring Virginia law in line with the law in other states, the General Assembly passed House Bill 1842, which increases from 101 to 151 maximum proof of liquor that can be sold in Virginia.

Finally, to improve patron safety, the General Assembly passed Senate Bill 1150, which requires all bartenders in Virginia to receive training to help them (1) recognize situations that may lead to sexual assault and (2) develop intervention strategies to prevent situations from resulting in sexual assault.

Cheers to the Future!

Lovers of Virginia craft beer, craft spirits, wine and cider have a lot to be excited about. So, let’s raise a glass to the future of these industries in Virginia! May the Commonwealth continue to be a great place for the artisans that drive these businesses to call home! 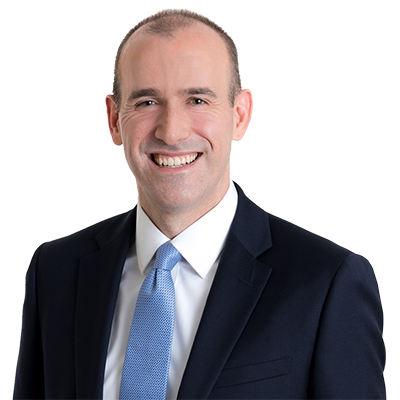 Max Wiegard is a Partner in Gentry Locke’s Environmental Law practice group. Max’s practice is focused primarily on assisting clients in connection with environmental, real estate, land use and zoning, mergers, acquisitions, and business and commercial matters. These matters can include administrative proceedings, environmental compliance and permitting matters, contaminated site transactions, brownfield redevelopment and adaptive land reuse matters, real estate transactions and litigation, and zoning and land use administrative proceedings. Max is licensed to practice in Virginia, Maryland, and the District of Columbia.