Lawsuit over sale of impounded auto reaches settlement, is in the news

A local couple is very pleased with the settlement reached in a lawsuit that revealed a towing company was not advertising the sale of towed, impounded, or stored vehicles in a public place as required by law, and the towing company owner had been selling hundreds of such vehicles to himself or back to his own towing company. Dan Casey, columnist for The Roanoke Times, recently wrote an article about the couple’s ordeal and this legal resolution.

Stephen and Melanie Pence were represented by Gentry Locke attorneys Matthew W. Broughton and Andrew M. Bowman in a suit filed in the United States District Court for the Western District of Virginia against G & J Towing, located on Preston Avenue NW in Roanoke. The lawsuit demanded $398,000.00 and attorney’s fees and costs, for violations of the Virginia Consumer Protection Act, violations of due process under the Fourteenth Amendment and 42 U.S.C. § 1983, and for conversion, detinue, negligence, and unjust enrichment.

The Pences owned a white 2012 Hyundai Sonata. On September 9, 2016, Mrs. Pence was driving the Sonata when she was involved in a minor fender bender. G & J Towing towed, impounded, and stored Mrs. Pence’s vehicle at its private lot.

On September 15, 2016 G & J Towing sent the Pences a letter stating that it would sell the Sonata at a public auction on October 11, 2016 under the Virginia storage lien statute, Va. Code Ann. § 46.2-644.03, if the Pences did not pay the towing and storage fees for the Sonata and retrieve it before then. The letter stated that G & J Towing would much rather hear from the Pences to discuss an agreeable settlement of the charges rather than sell the vehicle. The Pences followed up with G & J Towing, expressing their intent to settle the fees and retrieve the Sonata. G & J Towing replied that it could not release the Sonata because of the impoundment.

Instead of negotiating the fees and the return of the Sonata with the Pences, G & J Towing sold the Pences’ Sonata at an alleged auction. G & J Towing placed the advertisement for this “auction” two counties away, in Botetourt County, and it did not advertise in a public place, as required by Virginia law. Then, G & J Towing sold the Sonata on October 11, 2016 after giving the Pences only 48 hours to retrieve their vehicle. Walter Hinkley – president of G & J Towing – conducted the “auction,” in which he was the only attendee. Mr. Hinkley sold the vehicle to himself for $1,000 – an amount less than the towing and storage fees that G & J Towing claimed ($1,890) and far below the Sonata’s fair market value of approximately $10,000.

Discovery in the case revealed that the fact pattern befallen the Pences was one of G & J Towing’s standard practices. G & J Towing would routinely advertise the sale of towed, impounded, or stored vehicles in Botetourt County – and not in a public place as required by Virginia law. Over the past six years, Mr. Hinkley has sold hundreds of these vehicles either to himself or back to his company, G & J Towing. These vehicles were either repaired and resold, or stripped for parts and sold for scrap metal.

The case settled in December 2017 for a confidential amount. 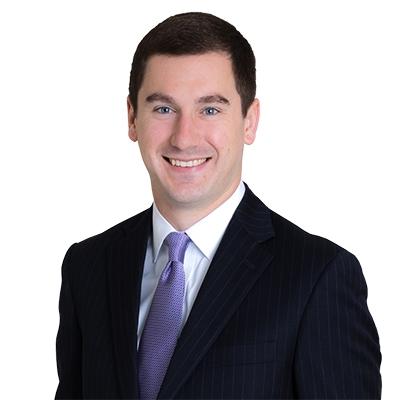 Andrew Bowman is a trial lawyer with Gentry Locke’s Medical Malpractice—Litigation group. Andrew joined Gentry Locke after serving as Law Clerk to the Honorable Patrick R. Johnson in Grundy, Va. He has also served as Vice President of the Buchanan County Bar Association.