Judge Conrad’s decision in DE Technologies, Inc. v. Dell Inc., Civil Action No. 7:04CV00628, involved patent infringement claims against Dell. The primary issue before the court was whether Dell had produced certain electronic documents “as they are kept in the usual course of business” or in a “reasonably usable” format, as required by Federal Rule of Civil Procedure 34. Judge Conrad overturned key parts of any earlier ruling by the Magistrate Judge who sanctioned Dell for failing to produce the records as they were kept in the ordinary course.

BACKGROUND
DE Technologies, Inc. (“DE”) filed suit against Dell in October 2004, claiming that Dell had infringed two of its patents. On October 5, 2006, DE filed a motion seeking sanctions against Dell for what it alleged were discovery abuses. DE objected to Dell’s use at trial of certain documents that it produced in a format which, according to DE, failed to meet the requirements of the Federal Rules of Civil Procedure.

A. Dell’s Electronic Production Format.
The fifty-seven pages of documents at issue (the “Documents”) were responsive to various of DE’s discovery requests. They had been available for DE’s review on Dell’s CaseData System (“CaseData”) for more than 12 months when the sanction motion was filed. CaseData was an electronic database that Dell had used to produce approximately 543,000 documents to DE by exporting them from its internal document management systems.

Documents on CaseData were word searchable. However, while Dell’s internal document management systems included an electronic directory, CaseData did not have a live electronic directory. The Magistrate Judge found that Dell produced no evidence to show that it had identified the information it placed on CaseData as being responsive to any particular discovery request.

B. Federal Rule of Civil Procedure 34.
DE argued for a sanction that would prohibit Dell from being allowed to rely on the Documents at trial because, among other things, it did not properly identify and produce them pursuant to Fed. R. Civ. P. 34(b) prior to the discovery deadline.

Prior to December, 1, 2006, Fed. R. Civ. P. 34 (b) provided:
A party who produces documents for inspection shall produce them as they are kept in the usual course of business or shall organize and label them to correspond with the categories in the request.

Effective December 1, 2006, Fed. R. Civ. P. 34 (b) provides:
(i) a party who produces documents for inspection shall produce them as they are kept in the usual course of business or shall organize and label them to correspond with the categories in the request;
(ii) if a request does not specify the form or forms for producing electronically stored information, a responding party must produce the information in a form or forms in which it is ordinarily maintained or in a form or forms that are reasonably usable; and
(iii) a party need not produce the same electronically stored information in more than one form.

As both Judge Conrad and the Magistrate Judge acknowledged, Rule 34 does not explain what “in a form or forms in which it is ordinarily maintained” is intended to mean. The Documents had been posted to CaseData in September 2005, nearly 15 months before the Federal Rules changed.

THE MAGISTRATE JUDGE’S ANALYSIS
This sanction motion asserted that Dell had not met the requirements of Rule 34 by making the Documents available on CaseData. The Magistrate Judge agreed and granted DE’s motion. The Magistrate Judge entered an order dated October 17, 2006 barring Dell from using certain documents at trial to support any claim or defense for which it bore the burden absent further order of the court. Three days later, Dell filed a Expedited Petition and Motion for Reconsideration of this decision to the extent that it prevented Dell from using the Documents in its case in chief.

THE COURT’S ANALYSIS
Judge Conrad, by contrast, concluded that “Dell provided the documents in a way that fulfilled all of its discovery obligations” to DE, finding Dell had disclosed the documents to DE in accordance with Rule.

The court held that Rule 34 does not require that documents be produced in a format identical to that in which they are kept, and concluded that “Dell’s production was appropriate.” It cited authority from other jurisdictions for the proposition that electronic documents could be produced in hard copy format. The court found that the primary difference between CaseData and the format in which Dell maintained the Documents internally was that the CaseData lacked a “live electronic directory.” Given that the Documents, as produced via CaseData, were word searchable, the court determined that Dell had satisfied its obligation to produce information as it was kept in the usual course of business. The court also noted that electronic information produced in a word searchable format was more useful to DE than a hard copy production would have been.

The court further held that Dell produced the documents in a manner that was reasonably useable, again focusing on the fact that the documents were word searchable. “This was sufficient to allow DE to use the material and determine which documents were responsive to its requests.”

Finally, the court observed that, if DE were dissatisfied with the CaseData production format, it could have filed a motion to compel. The court noted that DE’s Reply in Opposition cited several instances in which the company had complained about the CaseData format. Nonetheless, because DE had failed to take the intermediate step of filing a motion to compel, and absent violation of a court order, the court was unwilling to sustain discovery sanctions

Vinson & Elkins serves as patent counsel to Dell in this case, and associated William R. Rakes, a partner with the Roanoke, Virginia law firm of Gentry Locke Rakes & Moore, as trial counsel. If you have questions regarding this case or the E-Discovery rules, please contact William R. Rakes, W. David Paxton or James J. O’Keeffe, IV.

David Paxton advises and represents businesses, business owners, and executives in the areas of labor & employment law, complex litigation and whistleblower claims. He chairs the firm’s labor and employment practice, is a frequent guest speaker at national and regional employment law seminars, and has been included in Best Lawyers in America for Labor & Employment for the past sixteen years. 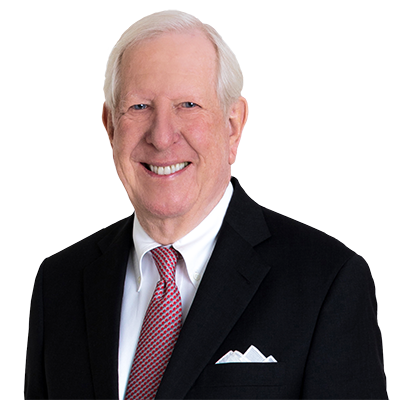 William Rakes is Senior Counsel with Gentry Locke. During Bill’s more than 50 years of service at Gentry Locke, with more than 20 serving as Managing Partner, the firm grew from nine attorneys to its current scale of more than fifty-five. Bill’s practice largely consists of advising banks and other financial entities on governance, regulatory and securities matters, and handling commercial litigation matters for a wide range of businesses. Bill is a Fellow in The American College of Trial Lawyers and in The American Academy of Appellate Lawyers. He has served as President of the Virginia State Bar and on the Board of Governors of the American Bar Association. Bill is consistently noted as a Virginia Super Lawyer in Business Litigation and is recognized among the Best Lawyers in America in several categories, including Antitrust Law, Appellate Practice, Banking and Finance Law, Bet-the-Company Litigation, Commercial Litigation, Corporate Law, Financial Services Regulation Law, Litigation – Banking and Finance, and Litigation – Mergers and Acquisitions.