Each year employers and employees in a variety of industries across the country face issues related to violence in the workplace. Given that the hospitality industry faces issues involving everything from alcohol consumption to guest frustration on a near-daily basis, it is particularly susceptible to workplace violence. Generally, workplace violence can be categorized in two ways: (1) violence by one employee upon another or (2) violence by a third party upon an employee.

The National Institute for Occupational Safety and Health (NIOSH) reports that on average, 1,700,000 workers are injured each year as a result of workplace violence.  It is so prevalent, in fact, that the Center for Disease Control and Prevention considers workplace violence a national epidemic. It is imperative that employers and their insurers recognize the legal issues associated with workplace violence to protect themselves and their employees.

In Virginia, assault and battery are criminal offenses but can also be the basis of civil lawsuits. To establish the tort of assault, there is no requirement that the victim prove that he or she was physically touched.

An assault occurs when the offender engages in an act intended to inflict bodily harm on the victim and has the present ability to inflict such harm or engages in an overt act intended to place the victim a reasonable fear or apprehension of bodily harm. Bowie v. Murphy, 271 Va. 126, 624 S.E.2d 74 (2006) (citing Carter v. Commonwealth, 269 Va. 44, 47, 606 S.E.2d 839, 841 (2005)). A plaintiff need not allege that he or she suffered an actual physical injury to state a cause of action for assault. Id. To establish a case for civil battery in Virginia, the plaintiff must allege that he or she was touched “in a rude, insolent or angry manner.” Johnson v. Paramount Mfg., LLC, et al., 2006 U.S. Dist. Lexis 66735, at 11 (W.D. Va. Sept. 21, 2006). Johnson involved an incident of sexual battery by a supervisor upon a subordinate. Employers should take note, as the court held that the employer could be liable for the supervisor’s acts as they allegedly occurred while he was performing his job as the plaintiff’s supervisor.

Moreover, an employer risks liability for its employee’s torts if it knew or should have known that the employee presented a danger to others. In Virginia, an employer may be liable for both negligent hiring and negligent retention of an employee who causes harm to another. To properly allege a claim of negligent hiring, the injured employee must allege only that the employer knew, or by exercising ordinary care could have known, that the employee at fault was an incompetent and dangerous person to be entrusted with his/her job duties. Davis v. Merrill, 133 Va. 69, 78 (1922). The plaintiff must further show that the employee’s dangerousness was discoverable through a reasonable investigation. Majorana v. Crown Central Petroleum Corp., 260 Va. 521, 531-32 (2000).  Negligent retention is a distinct cause of action from negligent hiring.  When an employer knows or should know of an employee’s incompetence, negligence or unfitness for a position, the employer has a duty to respond properly to avoid danger to employees or others. Southeast Apartments Mgmt., Inc. v. Jackman, 257 Va. 256, 261-262 (1999).

An employer can also be held liable for its employee’s acts under the theory of vicarious liability if the plaintiff can show the employee was acting within the scope of his or her employment when he or she injured another employee. Specifically, the “test of liability is not the motive of the employee in committing the act complained of, but whether the act was within the scope of the duties of employment and in execution of the service for which [the employee] was engaged.” Plummer v. Center Psychiatrists, Ltd., 252 Va. 233, 236-37 (1996) (quoting Commercial Bus. Sys., Inc. v. BellSouth Servs., Inc., 249 Va. 39, 45 (1995)). Accordingly, a plaintiff must prove (1) the fact of employment, (2) an injury caused by the employee’s act, and (3) that the act occurred in the scope of employment. The employer then has the burden to prove that the employee’s act was outside the scope of his or her employment. Employers and employees should be mindful, however, that the Virginia Workers’ Compensation Act can also come into play and ultimately bar an employee’s lawsuit against an employer in certain instances.

This is only the tip of the iceberg employers may face when dealing with workplace violence. It is imperative that employers arm themselves with proper background checks, a thorough interview process, and the implementation of effective safety measures to guard against injuries to employees and the potential for litigation resulting therefrom. 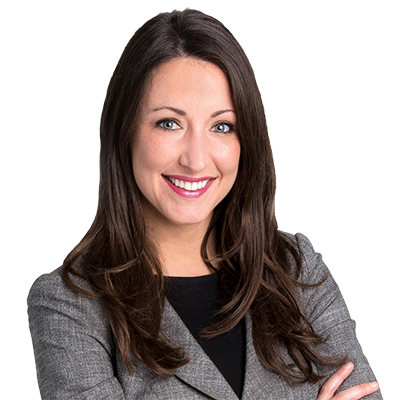 Cate Huff practices in the Employment, Insurance, and Workers’ Compensation practice groups and has litigated in federal and state courts throughout Virginia. Cate defends employers against discrimination and workplace claims and advises businesses in the restaurant and hospitality industry on employment issues. Cate has consistently been named a Rising Star by “Virginia Super Lawyers” since 2015 and was honored as a “Legal Elite” by Virginia Business magazine.