“We are proud to welcome Mary Kathryn and Ben to Gentry Locke,” said Monica Monday, Managing Partner of Gentry Locke.

A native of Pittsylvania County, Mary Kathryn graduated summa cum laude from William & Mary Law School where she achieved the distinction of Order of the Coif. She interned for both The Honorable Pamela L. Reeves at the U.S. District Court, Eastern District of Tennessee, and the Pittsylvania County Commonwealth’s Attorney’s Office. While in law school, Mary Kathryn was honored with the Wayne M. Lee Book Award, the Dean’s Writing Award, and four CALI awards. She was a frequent contributor to the William & Mary Environmental Law and Policy Review and a member of both the Phi Delta Phi honor society and The George Wythe Society of Citizen Lawyers. Mary Kathryn earned her undergraduate degree from the University of Virginia. Raised in Roanoke, Virginia, Ben Law earned his law degree from the University of Memphis Cecil C. Humphreys School of Law. He served on the University of Memphis Law Review editorial staff, was honored with the Dean’s Award for Excellence, and received three CALI awards. Ben was a judicial extern for The Honorable Judge Jon P. McCalla at the U.S. District Court for the Western District of Tennessee. Before attending law school, he was a Senior Consultant at Deloitte and Touche, LLP. In 2018 Ben was named “Law Student of the Year” by the University of Memphis School of Law for his work with their Neighborhood Preservation Clinic, which included co-authoring the 2018 legislative amendments to Tennessee’s Neighborhood Preservation Act. In addition to his law degree, Ben holds B.S. and M.S. degrees in both Accounting and Information Systems from Virginia Tech.

With more than 55 lawyers practicing across a range of disciplines, Gentry Locke brings uncommon thinking and deep experience to the legal and business challenges of companies, institutions, organizations and individuals—a commitment the firm has met since 1923. Operating from offices in Roanoke, Lynchburg, and Richmond, Va., Gentry Locke serves clients in Virginia and across the U.S., as well as worldwide as a member firm of the ALFA International Legal Network. Meet the firm’s dynamic attorneys and learn more about its fierce drive to achieve success for its clients by exploring this website. 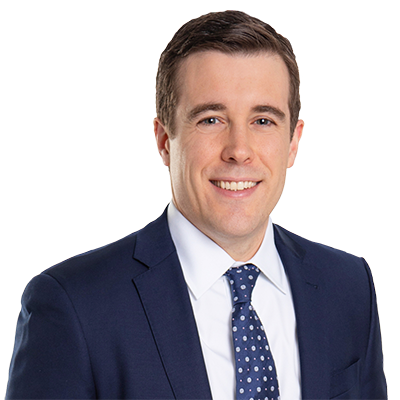 Ben Law practices with the firm’s Business Law group. Prior to joining Gentry Locke, Ben was a Senior Consultant in Deloitte’s commercial IT Advisory practice, and was a legal extern for The Honorable Jon P. McCalla in United States District Court, Western District of Tennessee.