The Virginia General Assembly concluded its 2020 session five days later than planned as a mountain of legislation and a late-breaking budget deal delayed adjournment.

One of the largest agenda items for the new Democratic majority was a clean energy bill called the Virginia Clean Economy Act. The VCEA, along with several other energy reform bills, made the 2020 session a consequential year for energy transformation in the Commonwealth.

The 2020 General Assembly started on a historic note, as Democrats took control of both branches of the General Assembly for the first time in 30 years and immediately swore in Virginia’s first female Speaker, Eileen Filler-Corn.

The new majority grappled with the burdens of governing on a learning curve, an adversarial minority party looking to pounce on every failure, and the largest legislative agenda in recent memory.

The landmark shift of Virginia’s political landscape in November 2019 set the stage for the new Democratic majority to take on an ambitious energy agenda.  That much was clear.

What was not as clear, however, is what that would look like in legislative form.  There were competing policy ideas, strategies, and tactics. Omnibus proposals, stand-alone bills, competing legislative patrons, and a slew of third-party coalition groups were just a few of the issues that legislators needed to navigate while in Richmond.

By far the most consequential energy bill considered and passed this session is the Virginia Clean Economy Act.

Carried by Senator Jennifer McClellan and Delegate Rip Sullivan, the VCEA sets Virginia on a path to 100% clean energy by the middle of this century, eliminates carbon emissions, deploys millions of dollars in new renewable energy generation, mandates significant energy efficiency investments, and opens the market for rooftop solar on homes and businesses.

The bill vaults Virginia to one of the nation’s leading states in renewable energy development.  Along the way, it is expected to create tens of thousands of new jobs as the Commonwealth transitions away from carbon-based electricity generation to clean and renewable sources of energy.

It is hard to overstate what this bill means for Virginia.  Over the next decade, we will have to build dozens, if not hundreds, of new utility-scale solar facilities.  On-shore wind facilities will be constructed.  Rooftop solar will become affordable and accessible for families and small businesses.

There was a large package of legislation relating to local land-use and tax revenues for utility-scale solar.  These bills are critical to successfully implementing the goals of the Virginia Clean Economy Act and deploying solar energy development in the years ahead.  The package consisted of five pairs of legislation, each with House and Senate bills.

These 11 bills all passed and were signed by the governor. Combined, they represent a comprehensive package that will ensure the rapid deployment of utility-scale solar as a renewable and reliable energy source for the Commonwealth while at the same time, providing legal mechanisms to facilitate working relationships with the localities in which solar projects are to be located.

Customer retail choice was another major category of energy legislation this year that dovetailed the broader push for renewable energy access.

For years, Virginia has allowed customers to purchase electricity from sources other than the incumbent monopoly utility but only under certain conditions.  In order to qualify, customers had to either purchase large quantities of electricity at a single site, large quantities at multiple sites aggregated under one customer, or customers had to buy 100% renewable energy that was not available through the incumbent utility.

The option to purchase 100% renewable energy is in jeopardy, however, due to a provision that requires customers to purchase from the utility if the utility can provide the same offering.

Two bills carried by Delegate Jeff Bourne and Delegate Mike Mullin sought to maintain access to customer retail choice by changing the conditions under which customers could competitively shop.

Delegate Mullin’s bill passed in an amended form as a pilot program that applies to a limited number of customers.

Delegate Bourne’s bill, which was presented on behalf of the Renewable Energy Buyers Alliance, as introduced would allow customers to shop for 100% renewable energy from any service provider, even if the utility provides a 100% renewable offering – as both of Virginia’s incumbent utility providers are set to do this year.  This broad fix would ensure access to the market that the General Assembly originally created during the 2007 electricity regulation debates.

Delegate Bourne’s legislation, HB 868, was passed with a re-enactment clause that will require the General Assembly to consider the proposal again next year before becoming law.

Both bills represented a significant accomplishment in Virginia’s push for energy reform in that even though they are more limited in scope than originally intended, they were passed despite opposition from Virginia’s utility companies.

We were able to leverage our comprehensive suite of services to support the passage of the Virginia Clean Economy Act, the utility-scale solar legislative package on land use and energy revenues, and legislation on customer retail choice.

Gentry Locke partner Greg Habeeb served as legislative counsel and a lobbyist for Advanced Energy Economy, the lead drafter and coalition leader for the Virginia Clean Economy Act. Greg also served as legislative counsel and lead lobbyist for the Renewable Energy Buyers Alliance. Greg was involved in the final negotiations on the VCEA with the utility companies and worked with Governor Ralph Northam’s administration on the final draft of the conference report.

By combining our broad and comprehensive suite of services – legislative counsel, legislative lobbying, and strategic communications – we were able to support our clients’ goals across the board.  We believe our resources work best when leveraged together, and this session was case in point for that philosophy.

The energy policy arena will continue to evolve in the years ahead as many of these legislative priorities are implemented and updated. Gentry Locke’s Government & Regulatory Affairs team will continue to closely monitor these issues and work to provide our clients with high-quality service to help achieve their goals.

Outside the policy realm, Chip Dicks leads Gentry Locke’s Solar Land Use Team which represents solar developers in obtaining local zoning approvals in localities all across the Commonwealth.  Other members of the Solar Land Use Team include Jon Puvak, Scott Foster and Max Wiegard.

Greg Habeeb is a former member of the Virginia House of Delegates, where he represented Virginia’s 8th District and served as Vice-Chair of the Courts of Justice Committee, was a Subcommittee Chair for the Courts of Justice, Commerce & Labor and Transportation committees, and served on the Rules and Privileges & Elections committees. Greg retired from the Virginia House of Delegates in August of 2018 and now chairs Gentry Locke’s Government and Regulatory Affairs team in Richmond, Virginia. 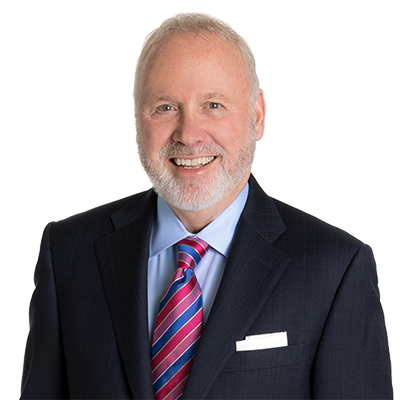 Chip Dicks is a former member of the Virginia House of Delegates and served on the Courts and Education committees. Chip also served on the Virginia Housing Commission as a House member. Since leaving the Legislature in 1990, he has represented associations and businesses on administrative, legislative and regulatory matters before state government agencies and the General Assembly. He has substantial experience representing developers on a variety of land use applications across Virginia. Chip has extensive experience in the laws and regulations affecting billboard signs, and in the field of landlord tenant and fair housing laws. Chip joined Gentry Locke in 2018 to practice with our Government & Regulatory Affairs group in Richmond.