The Early Bird Gets the Worm: How Getting Out Ahead of the Government Can Really Pay Off

On December 11, 2012, HSBC, the “world’s local bank” announced that it had entered into a Deferred Prosecution Agreement (“the Agreement”) with the Department of Justice (found here– link opens in a new window) that required HSBC to pay $1.9 billion in criminal fines for decades of improper banking practices, notably in the world of money laundering, drug cartels, and arms dealings. At first blush, many might think that a $1.9 billion fine is a harsh penalty, even for a global bank such as HSBC. Though the $1.9 billion fine is the largest in the history of the banking industry, closer examination of the negotiated resolution reveals that HSBC is not the loser in this game, and the corporate world, banking or otherwise, will greatly benefit from the guidance provided in the Agreement. This article aims to extract the lessons embedded within the Agreement in an attempt to assist corporate clients navigate the world of internal investigations and government investigations.

To most (if not all) companies, $1.9 billion is not an insignificant amount of money. There is no doubt about the message sent by the Department of Justice to the corporate world that it takes financial crime seriously, but the untold story of the HSBC Deferred Prosecution Agreement is that no executives, officers, directors, or employees face the prospect of spending any time in a federal prison. Specifically, HSBC was charged with:

In the Agreement, HSBC admitted responsibility for the acts of its officers, directors, and employees and agents, and conceded that the facts underlying the charges were true and accurate. Despite these startling admissions and a severe financial penalty, HSBC, for all intents and purposes, walked away intact and a better-functioning company. And the great lesson to be learned from the HSBC case is that engagement of experienced counsel early in the process (e.g., from the first sign of government interest in internal dealings) will position a company, its officers and directors, and employees and agents in manner that may not only guarantee corporate survival, but also a get out of jail free card.

How did HSBC get through such a potentially ruinous situation? First, HSBC took swift action and accepted responsibility at an early stage in the process by engaging counsel to conduct a prompt, and serious, internal investigation. Second, HSBC made strenuous efforts to critically analyze the results of its internal investigation, flushed out the problems, sought guidance from experienced counsel as to how to fix the problems, re-examined how it conducted business, and implemented sweeping internal reforms.

In effect, HSBC prosecuted itself and communicated its findings to the Department of Justice. This process may seem strange to companies that have never encountered such issues, but undoubtedly, a key factor in the Department of Justice’s decision to take prison time off the table was based on HSBC’s cooperating with the Department of Justice, “including conducting multiple extensive internal investigations, voluntarily making U.S. and foreign employees available for interviews, and collecting, analyzing and organizing voluminous evidence and information for the Department.1

This successful internal investigation positioned HSBC to present a laundry list of tangible remedial measures it had undertaken to remedy the past wrongs, and ensure a compliant future. Such remedial measures included instituting a new CEO, General Counsel, Chief Compliance Officer, retrieving bonuses for a number of the most senior compliance and anti-money laundering officers, focusing its efforts on bolstering its anti-money laundering staff from 92 employees to 880 employees, severing relationships with risky clients, and footing the bill for over $290 million in internal costs for instituting the changes.

These are, of course, significant changes at global bank such as HSBC, but the theme that emerges is that HSBC made real change as a result of a carefully orchestrated internal investigation and overhaul of internal operations.

Should your company find itself in the midst of a civil/regulatory or criminal investigation, early recognition of the need for experienced counsel is of the utmost importance. Engaging counsel early to effectively sweep in to conduct an internal investigation and establish a relationship of cooperation with the governmental/regulatory authority is absolutely essential to protecting a company, its officers and directors, its employees and agents, and its stakeholders from criminal prosecution.

If you or your company needs advice on any related issues, contact an attorney in our Criminal & Government Investigations group.

Guy Harbert chairs the Insurance practice group and the Criminal & Government Investigations practice group. For over 30 years he has represented clients before trial an appellate courts throughout Virginia on insurance coverage, insurance defense, and white-collar and other criminal defense and matters. He is an active member of the Virginia Association of Defense Attorneys and a frequent lecturer and author on insurance litigation issues. 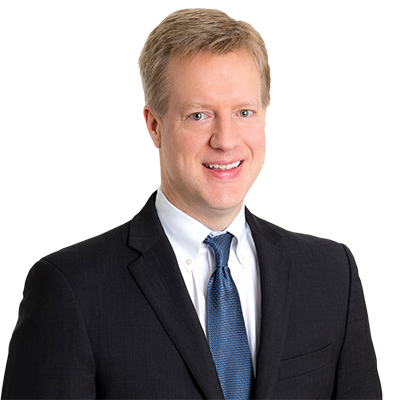