The aging process frequently produces results that are neither expected nor wanted. Such is the case with many former waste disposal sites sprinkled throughout the State. Recent news reports have alerted us to the proposition that in the near future the consequences of earlier unsophisticated, or careless, waste disposal practices are likely to revisit us. Indeed, we have seen that the regulatory authorities such as the United States Environmental Protection Agency and the Virginia Department of Environmental Quality have identified dozens of old disposal facilities that are known to be “leaking.” Many of these facilities when operated were managed in total compliance with existing laws. A large number of these facilities have been closed for years, if not decades, and as memories fade, it becomes easier to forget or ignore the potential risks created by these former landfills or “dumps,” as they were frequently called.

Anyone who owns or otherwise occupies land next to or in the vicinity of an old disposal site is well advised to take note immediately. Failure to identify a problem early can be as dangerous from a business or financial standpoint as the failure to identify a dread disease in its early stages is to one’s health. The law imposes limitations on the assertion of legal rights which may result in a situation where a land owner or tenant may suffer damage for which there can be no recovery. Under the provisions of certain environmental laws, an owner or operator of property may be held responsible for remediation although the contamination did not result from any actions or activities engaged in by the land owner or user. Typically when contamination is found, the first person that remediation is demanded of is the owner of the property, not necessarily the party that caused or contributed to the contamination.

Many of the old leaking facilities were once operated as municipal landfills. The fact that local governments operated these facilities creates additional and more complex problems. Unlike private landfill operators, municipalities may be entitled to the protection of sovereign immunity because of their governmental status. Likewise, municipalities frequently assert the ability to resort to condemnation to resolve or help resolve their problems. In short, we have recently seen an attempt of municipalities to condemn property that it has contaminated in order to avoid or otherwise lessen the cost of clean up. Needless to say, such consequences to the property owners can be profound.

The point is that if it is believed or suspected that land or business operations may be affected by one of these “leakers,” it is strongly recommended that proactivity be the course of action and that immediate determinations be made as to whether or not the property may be the target of leaking contamination. If so, action to protect the property should follow promptly. 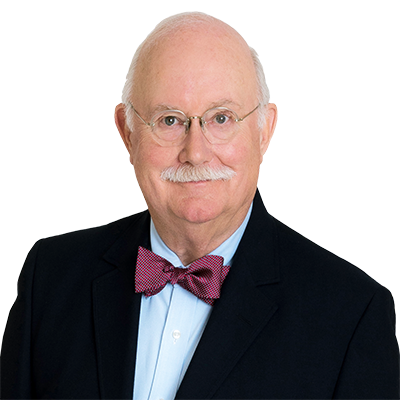 Charlie Williams is a senior partner who heads the firm’s Environmental Law practice. His work includes advising corporate and municipal clients in the areas of environmental compliance, including enforcement and environmental tort litigation. He has extensive experience in contaminated land renewal and the management of environmental aspects of mergers and acquisitions. Charlie is consistently recognized among the Best Lawyers in America for Environmental Law.