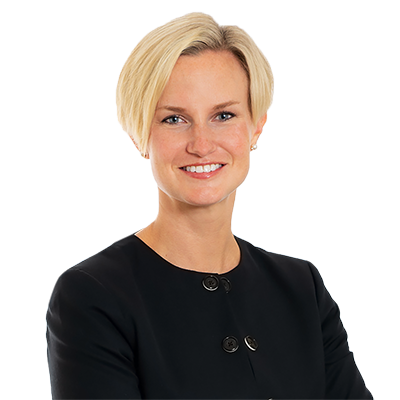 Ashley Winsky is a partner at Gentry Locke’s Richmond office.  She specializes in defending motor carriers against personal injury claims resulting from roadway accidents.  She has over a decade of experience defending trucking companies in catastrophic injury, brain injury, spine injury, and wrongful death cases.  Ashley responds to accident scenes throughout the Commonwealth and works with experts in the fields of human factors, biodynamics, and accident reconstruction.  Her trucking clients range from small, family-owned operations to some of the nation’s largest truckload carriers.

Ashley also serves as lead counsel for an amusement park and water park, coordinating and defending all third-party injury claims.  In addition, she assists a wide variety of businesses across the state in cases involving premises liability, breach of contract, defamation, intentional torts, and other business disputes.  Confident and comfortable in the courtroom, Ashley has tried cases before both judge and jury in state and federal court.  She is equally effective in mediating disputes to save clients the expense and exposure that comes with protracted litigation.